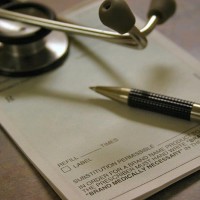 “Just what the doctor ordered” is a phrase we use to describe a proposed remedy that seems to be working to address a problem.  It can also refer to the prescription that often times accompanies a physician’s referral of a child to early intervention.  But do we always find in these situations that “just what the doctor ordered” is best for the child and family?  We frequently get referrals for early intervention accompanied by a doctor’s order for a specific therapy or therapies to be provided a specific number of times per week by a specific type of clinician.  These referrals to EI may come as babies are being discharged from the hospital or when a pediatrician thinks that a child’s development isn’t progressing the way it should.  These doctor’s orders often come with certain assumptions:

Since Individualized Family Service Plan (IFSP) teams consider EI service needs based on what supports a family needs to achieve IFSP outcomes, this may not always match with a medical model approach.  This can create confusion for families when they are hearing one thing from their doctor and another thing from their IFSP team.

Don’t get me wrong.  Pediatricians are extremely important members of the early intervention team and have valuable insight into how a child’s health status may be affecting their development and vice versa.  They are often the first professional who is in a position to respond to or raise concerns about a child’s development.  The diagnostic-prescriptive approach is one of the cornerstones of effective medicine, and it has laid the foundation for treatment approaches for an array of physical and mental health problems.  But is it really an effective approach for supporting developmental change in young children?  And is it really all that different from how many of us, historically, have approached early intervention?

Richard C. Adams, MD, Carl Tapia, MD, and The Council on Children with Disabilities published a Clinical Report in the Fall 2013 edition of Pediatrics, the Journal of the American Academy of Pediatrics, entitled Early Intervention, IDEA Part C Services, and the Medical Home: Collaboration for Best Practice and Best Outcomes. This report redefines the pediatric relationship with Part C early intervention programs in terms of best practices and best outcomes.  The report traces the important core components of both the medical home and IDEA Part C, and addresses the opportunities that exist for collaboration between the two to promote optimal benefits for young children and families.  Most importantly, the report outlines in a unique way the value of natural environment learning opportunities for young children with disabilities and the efficacy of coaching as an interaction style in supporting confidence and competence in caregivers, not only by EI professionals but by the pediatrician in the medical home environment.  “Rather than a medical model wherein a specific treatment is applied directly to the child for a specific malady, the paradigm is shifted to a contextual and consultation-based delivery of supports and services to the family and the infant. Similar to the concept of the medical home being a process rather than an address, the concept of natural environment describes process rather than a physical address. These concepts have been endorsed by national stakeholder organizations, including those of speech, physical, and occupational therapies.”(p. e1022).

So, the next time you get a doctor’s order for early intervention, take a minute to ask yourself just what it is that the doctor has ordered.  Is the order for the type of early intervention being described and endorsed by the AAP and the Council on Children with Disabilities or is it for something else?  How can you use a referral from a doctor’s office to collaborate with the child’s medical home around best and evidence based practices?

“I talk with words and listen with my ears. My Daddy talks with signs and listens with his eyes.”
This is the IFSP that Jack’s Team Built