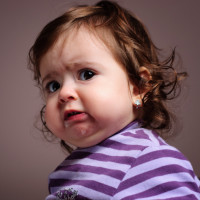 OK, people, time to share the dirt.  We recently had a fantastic training with Dr. M’Lisa Sheldon and Dr. Dathan Rush from FIPP where we were discussing our role with families as coaches in early intervention (recap blog coming soon….stay tuned!).  They shared a great story about their own cringe-worthy moment as they were addressing a feeding concern with a family.  I won’t give all of the details because it’s their moment to share, but what I will say is that, as professionals, they were able to show the family how feeding can be more successful.  On the flip side, the mother saw something that she wanted to be able to do, but hadn’t had that successful moment on her own.  As a side note, if you’ve never been to one of their trainings, you are really missing out on something fantastic!  Anyway, it made me think about moments I’ve had as an EI professional that were definitely learning experiences for me.  Here are a couple that came to mind…..

I worked with one family that was looking forward so very much to the moment when their child was able to move on his own, even the slightest bit, to get to one of his favorite toys.  I had tried to suggest that the parent be the one to support the child in trying to do this, rather than the therapist, but I wasn’t quite vocal enough. The child finally did it after some support from the therapist, and while the mother was excited, she also looked a little sad.  What made it worse was that, when the mother finally did get a chance to try it, the child was too tired and past the point of doing it again for her.  Another sad face from the mother, and she seemed disappointed.  No one was physically harmed, and there was a little coaching going on, but the mother missed out on that moment.  Remember the blog that asked Where’s Your Courage?  I think about that moment all the time and wish I would have been a little more assertive.  I think I was erring on the side of being nice, and while I don’t want to be rude or pushy about it, there were probably some other ways, in the moment, that I could have helped that go another way.

I was with another family, and the caregiver shared that she has noticed so much more engagement with the child when the iPad wasn’t the focus of his attention.  He was looking for it, and she passed it down to me under the table while she distracted him so I could hide it behind me.  The older sibling, and consequently the owner of the device, got up and asked for it as I was talking to the family.  I didn’t even think about it (I guess because I thought it wasn’t mine to keep), and I gave it to her.  Of course, the child enrolled in the program wanted to get it from her, and I immediately apologized to the caregiver.  I didn’t ask her what she wanted me to do first, and I just reflexively gave the other child her toy.  The caregiver was so nice about it, and I asked her what she wanted us to do next.  She gathered up the iPad and other electronics, and we moved on to an activity that she had been wanting to try with the kids.  Again, it ended up OK, but how different would that have looked if I would have been more intentional about pausing to ask more questions?

I’ve been in the early intervention field for a long time, and I love what I do.  I also love that I have so many opportunities to learn new ways to support children and families, and nothing makes me happier than seeing parents feeling successful in any way possible.  Seeing a family’s confidence and competence increasing is an amazing thing!  I also try to be reflective in my work.  I can’t grow as a professional if I can’t take a step back to look at ways I can do a better job from one visit to the next.

So what about you?  We all have those cringe-worthy moments that stand out in our memories, so let’s just lay it out there!  When have you thought back to ways you used to do things, like Wendy Teal did when she wrote about My Personal Evolution as an Early Intervention Therapist – Announcing the Much-Deserved Retirement of Mr. Potato Head, or when Ilene Sherry realized that she views Early Intervention from a “Seasoned” Perspective.  Have you ever wondered “What was I thinking?” or “How could that have looked a little different?”  Share your stories (with confidentiality and respect, of course), so we can all learn from your experiences!

Are They Just Not That Into Me? – A Table Talk Wednesday Recap
Coaching – Families with Medical Concerns