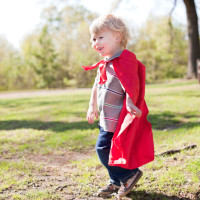 I had the experience recently of being invited to do a brief presentation on early intervention to a local parents’ group for families with infants and toddlers with disabilities.  I was excited to get the invitation, as I had been trying to meet with their new parents’ group for some time, and this was the first time I had been invited.  In the past, it was often the case that we would receive new referrals for families that were involved in this group, and they often seemed to think we were out to deny services to their family.  They came to us with the belief that their child needed multiple services, multiple times a week, even as infants, and talking to them about their needs gravitated quickly to how many hours of service that they were going to get.  This did not help our relationship get off to a good start, and I wanted to do whatever I could to assure these parents of our good intentions.  I was told that there were multiple presenters on the agenda and that I was allotted 10 minutes.  How can I possibly explain early intervention in 10 minutes, I wondered.  I’ll give it my best shot.

On a beautiful early spring Saturday morning, I made my way across town to attend the group meeting.  The group was small, but I got meet seven wonderful families and their children and had lots of time to chat with them prior to the formal meeting.  When my turn came up on the agenda, I got up and crammed all that I could into the 10 minutes I had.  I talked about the importance of families and our desire to enter into mutual relationships with them.  I talked about the importance of natural environments and that children’s best learning occurs with familiar caregivers in familiar places during the course of familiar routines.  I talked about the development of skills within these routines and the value of functional outcomes in supporting and improving day-to-day situations.  Before I knew it, my time was up (are you sure that was 10 minutes?), but I thought I got most of the important stuff in there.

Following me on the agenda were staff (3 of them) from a local children’s outpatient therapy practice.  They had 10 minutes too (x3) and talked about what therapy “looked like” when they were doing it.  They talked a lot about techniques and different kinds of problems with skills or deficits to be corrected.  They also talked about being able to see a child in a controlled environment with all of the equipment that they need to do their work.  They did mention early intervention in order to point out how they were different.  One difference they noted was that children didn’t have to “qualify” for a certain service, like they do at the CDSA, by getting a low score on the test for that service.  This, of course, isn’t true; services are identified based on the supports that families need, not on a child’s skill deficits.  They also explained that you could get a service multiple times a week, unlike at the CDSA, where you could only get a service once a week (also not true; frequency is based on need).  They further expalined that, as long as insurance would cover it, you might as well maximize your insurance benefit because, after all, the more therapy your child gets, the better they will do (which is not borne out by research).  Immediately following the program, the three therapists were down on the floor with the children, showing the families what they (the therapists) could do.

In the moment, I was dumbfounded.  Made me wonder what they might have said about early intervention if I hadn’t been there.  In retrospect, I realize that I was too polite.  I was trying to avoid a controversy in front of these families and didn’t want to “take over” the agenda.  So, I sat quietly while misinformation was shared for the sake of keeping the peace.  I could kick myself.  A friend of mine in early intervention talks about needing to have your courage in the right place when it comes to standing up for practices that you believe in.  I wonder where my courage was that day.  I convince myself that I shouldn’t have to stand up for practices that evidence supports, and in polite company, we don’t address conflict, especially not in front of families.  Instead, I let the opportunity go by to help parents get information that they need to provide the best possible support for their children.  I’ll be better prepared next time.

Where is your courage today?  What will you choose to confront or take on in the best interests of families?  Will you stand up in the face of conflicting information to share what you think is important?

It’s Not Just About…..
They Didn’t Teach Me This In College!

6 Responses to Where is Your Courage?