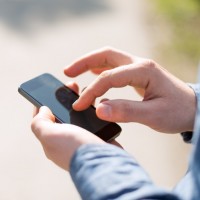 Happy New Year to all of our Table Talk Wednesday fans!  Luckily for us, our first event of the year came just in time – 2 more days and Icemaggeddon 2016 was upon us!  We had great attendance for our second discussion about working with the Department of Social Services, particularly Child Protective Services.  Two years ago, we talked about DSS – Who Are They, and What Do We Do With Them?  This time around, we wanted to back up a bit and talk about what happens when we have to make the call to DSS because we suspect abuse or neglect in a family’s home.  Guiding us this time around were Jennifer Graham, Permanency Planning Supervisor with DSS, and Shirley Cruzado, Sr. Case Coordinator with the CDSA.  These two have a lot of experience in this area, and we were glad to have them on hand to help us navigate this topic.  Before getting into the themes of the event, here are a few links we wanted to make sure folks had available related to mandated reporting.

• In North Carolina, the mandated reporting laws state that everyone is a mandated reporter, regardless of your job title or relationship to the child and family.  For more information, visit the North Carolina statute on mandated reporting (N.C.G.S. § 7B-301).  Another important thing to note is that, as long as you are acting in good faith and have a reasonable suspicion, you cannot be held liable for making that call (N.C.G.S. §7B-309).
• Reporting Abuse and Neglect in North Carolina, written by Katheryn Hooker (2013), is another great resource that looks at various aspects of the law and provides additional clarification.  Chapter 7, “Deciding to Report,” is a particularly helpful chapter because it goes into more of the specifics of making the decision to call in a report.
• For those of you following EI Excellence outside of North Carolina, here is a link that covers mandated reporting regulations in each state.
• Making a report for abuse and neglect does not require a consent to release information from the family, so you don’t have to worry about breeching confidentiality when making a good-faith report.

So, what does all of that look like when we’re out in the field serving families?  Good question…here are some important points we considered as a group.

As you can see, there is a lot to think about when there are questions about possible abuse or neglect, and it’s not an easy call to make when you have to move forward.  While we don’t like to do it, we know that we want what’s best for children and families.  The bottom line in all of this is that, if you are concerned, you have to make that call.  You don’t know what will happen when you leave that home at the end of your visit, and you are mandated to help protect the children you serve.  Have you ever had to make a tough call or wonder what you might do if you were in that situation?  Leave us a comment – just make sure that you are protecting families’ confidentiality….

Join us on February 10, 2016 when we get together to talk about Guiding Conversations about Social/Emotional Assessments.  Invite someone you’re working with out in the field, and come enjoy a snack and great conversation!

It’s Not About Us in 2016
Rules to Engagement: Are They Really In Denial?