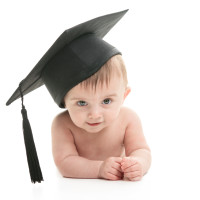 The second cohort of M’Lisa Sheldon and Dathan Rush’s Master Coach training was coming to an end.  For the past six months, I had been learning how to coach other Early Interventionists to become coaches to families.  Despite being a total rookie, or maybe because of it, I had seen a lot of progress (mostly mine).  However, in this final session, Master Coach training afforded me a generous parting gift – the opportunity to observe the actual product that coaching promotes.  I got to see empowerment in action!  I suppose that sounds a bit lofty.  Can Master Coaching really do that?  Well, see what you think.

After five months of observation, practice, and writing monthly coaching logs, I had just one more log to go until “graduation.”  The sixth and last log was near at hand, except that I was missing one rather important ingredient: I didn’t have any prospects for my observation and subsequent log.  As a supervisor at the CDSA, I had completed several coaching logs with staff I directly supervised and several more with service coordinators from other teams.  It was time to try my skills in an entirely different situation, and I wanted it to be with a therapist during a therapy session.  Other than that, I wasn’t going to be picky.  I hadn’t been a service coordinator in a very long time, so I didn’t have many contacts.  I put my feelers out to company owners in our provider network, but none of their therapists were volunteering to be coached.  With time running out, I called up a physical therapist I had worked with many years ago and just begged. No problem, she said.  I had a visit today but they cancelled.  How about tomorrow at noon?  I agreed before she could change her mind!

The next afternoon, I joined the physical therapist (let’s call her Diane) on a visit to a Spanish-speaking family’s home.  The little boy Diane was working with was 11 months old, and due to a very difficult birth, medical personnel were not anticipating that he would progress “normally.” The doctors told his mother that they expected him to have cerebral palsy.  Diane admitted that the therapy started off a little rocky.  He had right-sided weakness in his arm, some tremors, slight torticollis, and a mother who was, rightly so, extremely anxious and worried about his safety.  She felt Diane and his other therapists were “the experts,” and consequently didn’t think she should be the one to suggest ideas.

But this was not the child or mother that I saw during that long-awaited last coaching observation.  What I saw was an excited mother who could hardly wait for the door to close before showing Diane what her son had learned since the last time they’d met.  When Diane revisited their joint plan with an awareness question, she easily found out what this mother had been working on and how she had tweaked the strategies to make them work better for her in the moment.  I also saw a little boy who was completely engaged, busy exploring everything in his environment on his own, from the forbidden stairs to his brother’s Popsicle.  When he accomplished something new, he made sure we applauded him, basking in the glory of it all.  I saw a woman and a toddler who knew what they were capable of.  These two were empowered!  So what had changed in the year they spent in the Infant –Toddler Program?

I can’t give Diane all the credit, but I can’t give the little boy or his mother all the credit, either. The magic wasn’t in Diane, or the child, or the mother.  It was in the coaching relationship; the willingness of all involved to share – to be of service and to receive it.

The relationship of teacher and learner is unique in that it’s one of very few relationships where there isn’t an expectation that it will remain the same; change and growth are expected. Nevertheless, there is often a hierarchical element to it (the teacher gives the knowledge and the student receives it).  What I like about coaching is that it doesn’t begin with the assumption that the coach is the only expert.  Coaching at its best is truly collaborative, recognizing the parent as the other expert in the process.  Yes, there is the expectation that, like the student, things will change for the coachee (without that belief, why even begin?).  But there is a larger expectation in coaching in that the expected change isn’t only one directional.  This was illustrated beautifully during the session I watched.  There was a natural exchange of ideas bouncing back and forth among all the participants, even the one who wasn’t verbal yet.  🙂  No one assumed the role as the only expert, no one pulled rank (okay, maybe the 11-month-old did once in a while), and no judgment was passed on any of the ideas that were generated.  They were simply assessed for practicality, safety, and whether or not they might work.  This was obviously a relationship based on mutual respect, a basic tenet of coaching.

So, back to the original question.  How did a mother who was afraid to let her son stumble or voice her own opinion morph into the confident, hopeful woman I saw that day – a mother who couldn’t wait to share the joyful things she had helped her little boy learn to do that week?  Was it really just coaching that had empowered her and her little boy?

The beginning of power first requires the release of the idea of powerlessness.  Diane and the service coordinator (let’s call her Marsela) nurtured and supported this mother in her willingness to give up that belief.  Through coaching, she realized that she had the knowledge and ability to help her child progress and even exceed his medical team’s original expectations and her own worst fears.  When there is suffering or hardship in our lives, we especially need power.  Therapists who use coaching techniques are helping families find that power within themselves, rather than confirming a common assumption that they will have to find it elsewhere.  That is a big part of the job of good early interventionists – to make sure we don’t allow the families we work with to give away their power to us!

Granted, some things were going to change with or without coaching.  The little boy was getting older, braver, and there would likely be some good progression developmentally regardless of the therapy.  It’s plausible that his mother would have let go of some of her fearfulness as time went on.  But I listened as this mother laughingly told Diane how she had to caution her husband not to be so protective of their son, how she reminded him not to jump in too quickly, to let him try things on his own first.  She’d been talking to Marsela about how she is speaking her mind more now in her other relationships, too.  She has developed a new confidence and competence she didn’t have before, and I really believe that coaching was responsible, in large part, for this empowerment.

So… I leave Master Coaching training proud of Diane and Marsela, in awe of this mother and son, and thankful for having had the opportunity to see some really good coaching in action and what the results of that can really mean to a family.  Coaching – what’s not to like?

4 Responses to Coaching: What’s Not to Like? (Ode to the End of Master Coach Training)